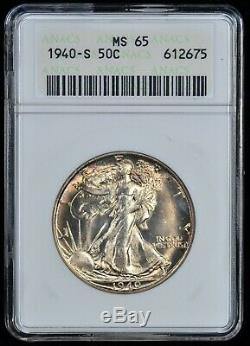 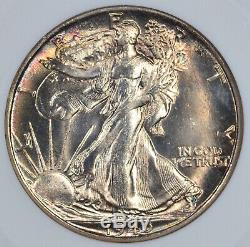 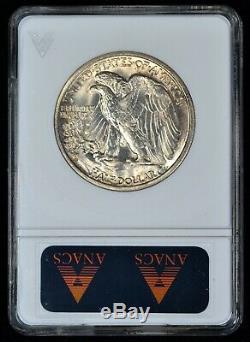 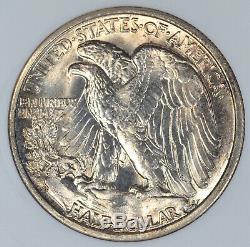 The solid or slabbed ANACS holder series starts with what is characteristically called Generation 11 as the last photo style holders ended in generation 10. Most of what I've read start a new series with the first solid slab as "Slab Gen I". Slab Gen I - III are very rare especially in the higher grades but also demand much higher prices than their equivalent grades in main stream holders. Dates for the first five slab generations are approximately 1989 - 1997. ANACS went to the slightly larger slab for Gen V-VI in 1993-4. Slab Gen 1: The reverse label on. Gen I is the gold holographic label showing both the ANA and PNG Logos and the wording "American Numismatic Association" on the overlay print. He bright red triangle "A" icon on the reverse began with the slab Gen II replacing the intricate gold holographic label. On the obverse they kept the 6 alpha numeric serial numbering system. Slab Gen III dropped the alpha numeric numbering system using a 6 digit number, these are extremely rare. Slab Gen IV added the bar-code to the obverse and continued with the 6 digit serial numbering system. The icon on the reverse is still the bright cherry red for the earlier dates and then changed to a holographic icon and appear Red, Green or Yellow according to the direction of the light compared to your viewing angle; seen in pictures appear gold-ish, segmented red or green. Slab Gen V started with the holographic "A" icon but changed back to the bright cherry red icon later which continued until the change to the Gen VI Slabs in 1997. The GEN VI Slabs have a bright Gold icon and later in this series they changed to a 7 digit serial numbering system. If you have any questions about this or any of my listings please send a private message. I will get back to you as quickly as possible. I recently took down all my listings and upgraded my photography equipment and knowledge.

I'm still struggling with getting the perfect results I'm seeking. The main goal was to achieve a very accurate representation of the way the coin will look in your hand when you get it. To this end I've been successful. WHAT YOU SEE IS WHAT YOU GET. All of my pricing is based off of CDN averages and market value.

I've decided not to request offers from buyers as the pricing is reviewed and changed according to market conditions on a regular basis (Quarterly). Excerpt from Bruce Fox on 1916 - 1921 Walking Liberty Half Dollars. This date and mint usually come with a nearly full strike. However, as is typical with all issues through 1921, Liberty's gown lines are weak.

This was most likely caused by lack of engraving details on the working dies and/or weaker than needed striking force on the presses dialed in to preserve the dies. Most of the 1916, as well as some of the 1917 issues at least the 1917-D (OBV) have a flat rim that appears to serve as a frame for the beautiful design details. Excerpt from David Bowers on grading Walking Liberty Half Dollars.

VG-8, 10 (Very Good) Obverse: Wear is slightly more extensive, but the rim still is defined all around. The tops of the date numerals are worn and blend slightly into the ground above. Reverse: Wear is more extensive. On the left wing only a few feathers are delineated, and on the shoulder of the right wing most detail is gone. Detail in the pine branch is lost and it appears as a clump.

F-12, 15 (Fine) Obverse: Wear is more extensive, now with only a few light lines visible in the skirt. The rays of the sun are weak below the cape, and may be worn away at their tips.

Reverse: The eagle shows more wear overall, with the highest parts of the body and left leg worn flat. AU-50, 53, 55, 58 (About Uncirculated) Obverse: Light wear is seen on the higher-relief areas of Miss Liberty, the vertical area from her head down to the date. At AU-58, the luster in the field is extensive, but is interrupted by friction and light wear. At AU-50 and 53, luster is less. Reverse: Wear is most evident on the eagle?

S breast immediately under the neck feathers, the left leg, and the top of the left wing. Luster is nearly complete at AU-58, but at AU-50 half or more is gone.

MS-60 to 70 (Mint State) Obverse: At MS-60, some abrasion and contact marks are evident on the higher areas, which are also the areas most likely to be weakly struck. This includes Miss Liberty's left arm, her hand, and the areas of the skirt covering her left leg.

The luster may not be complete in those areas on weakly struck coins (even those certified above MS-65) the original planchet surface may be revealed, as it was not smoothed out by striking. Accordingly, grading is best done by evaluating abrasion as it is observed in the right field, plus evaluating the mint luster.

Luster may be dull or lifeless at MS-60 to 62, but should have deep frost at MS-63 or better, particularly in the lower-relief areas. At MS-65 or better, it should be full and rich. Sometimes, to compensate for flat striking, certified coins with virtually flawless luster in the fields, evocative of an MS-65 or 66 grade, are called MS-63 or a lower grade. Reverse: Striking is usually better, permitting observation of luster in all areas except the eagle's body, which may be lightly struck.